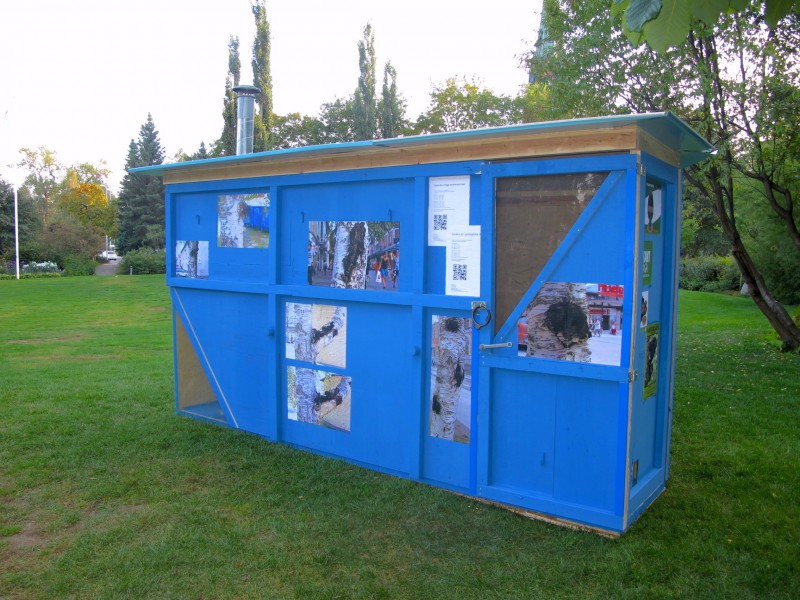 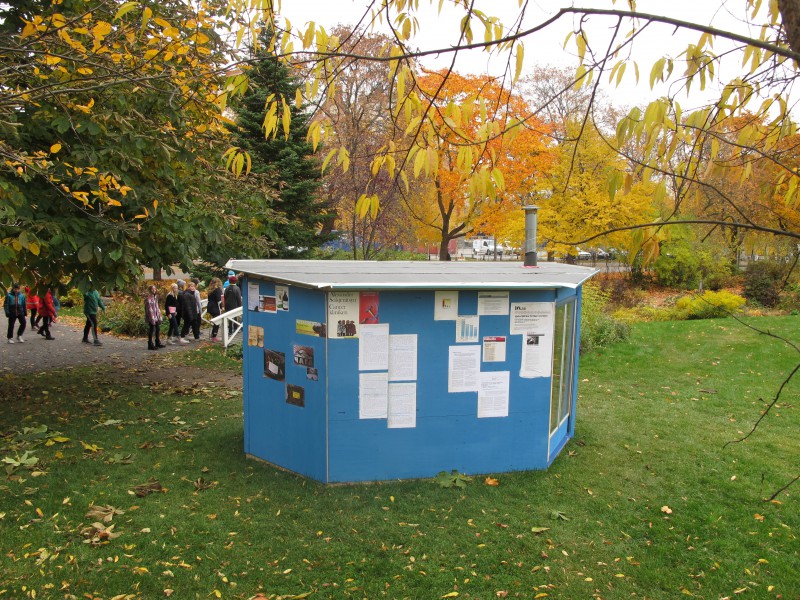 The Illness is a tea pavilion.
It discusses the relationship and coexistence of the human inhabitants and the chaga mushroom (inonotus obliquus) in city of Umeå, Sweden. Research on the subject is presented on the facade of the pavilion and the public is invited to enjoy a cup chaga mushroom tea with the artist.

The fungus is a common parasitic species on birch trees and this lethal infection causes black, swelling outgrowths.
The tumours have traditionally been used as tea, foremost in Russia. The tea is believed to have healing capacities, first introduced to a wide audience in the West through the Nobel Prize winner Aleksander Solzjenitsyns book Cancer Ward. During the last few years, tea made from the chaga mushroom has also been launched as an expensive food supplement and can now be found in health food stores. Scientific research has shown the tea to have anti-inflammatory and anti-tumor effects on humans. At the same time, the municipality of Umeå is trying to keep their birches under observation and cut down the infected birches in order to keep the disease from spreading. Umeå has the informal title City of Birches.

The artwork itself is produced through a parasitic practice: drawing its energy from the host – the waste containers of Umeå are the source for its raw material. It is a mutation from an earlier work, a sculpture & event titled  Secret Agent, reappearing as further evolved architectural structure and situation, a tea pavilion and a tea-party.

The project was made for the Survival Kit -festival, 20 September – 19 October 2014, Umeå, Sweden.
Tea was served during ten tea parties, 3 hours each. 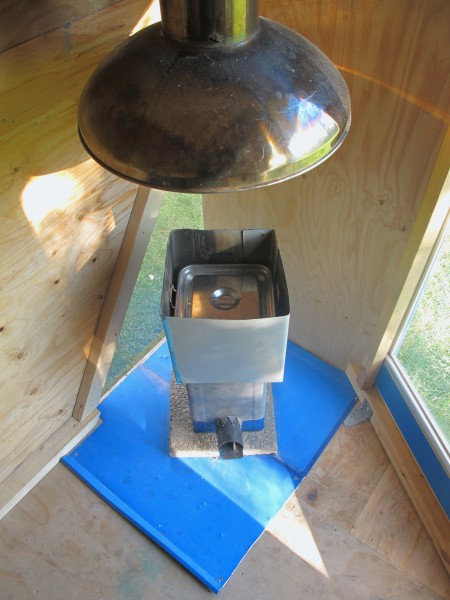 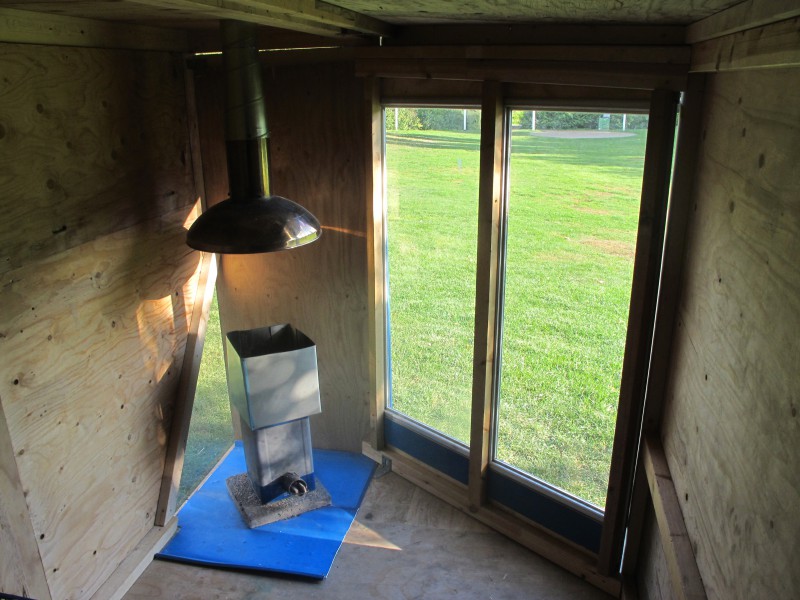 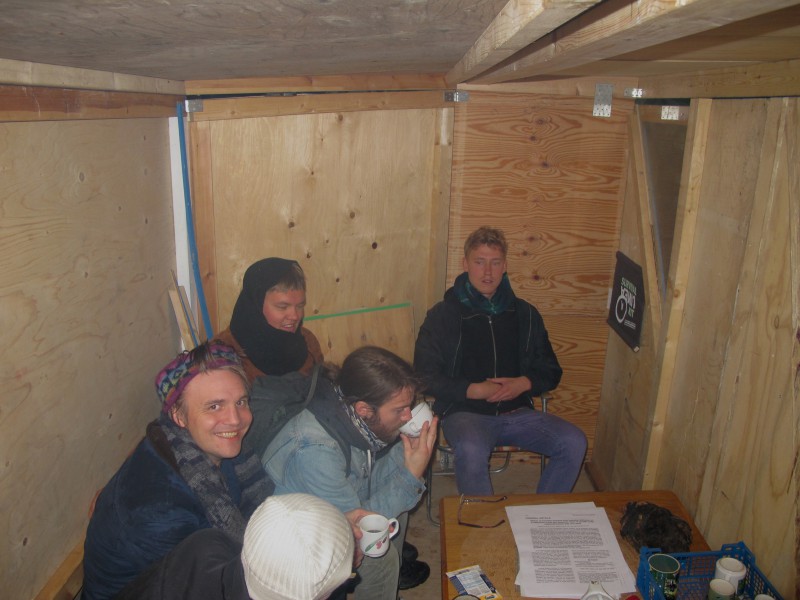 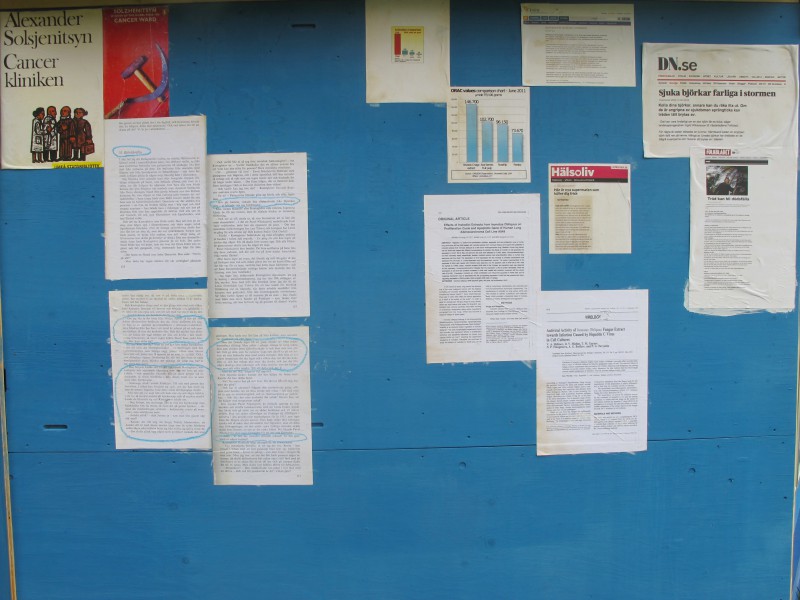 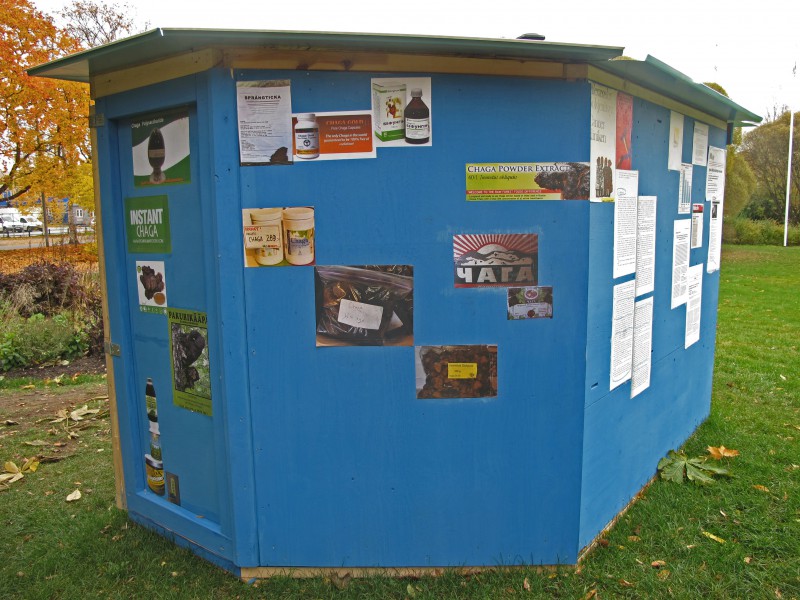